Portfolio company Phytolon, a developer of fermentation-based natural food colors, announced it has secured $14.5 million in funding, led by DSM Venturing, to further progress its technology towards commercialization, with participation from Cibus Fund, Ginkgo Bioworks (in-kind investment in the form of Foundry services) and The Trendlines Agrifood Fund. Participation in this Series A also includes some of Phytolon’s current shareholders: The Trendlines Group (the largest shareholder in the company), Arkin Holdings, Millennium Foodtech, Agriline (administered by Consensus Business Group), Stern Tech, and OpenValley/Yossi Ackerman.

Phytolon’s proprietary technology is based on licensed technology from the Weizmann Institute of Science (Israel) and addresses the need for healthy, efficient, and sustainable natural food-coloring alternatives to azo/synthetic dyes used in food and beverages. 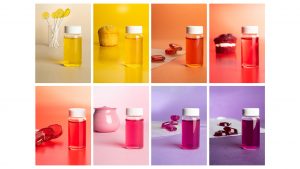 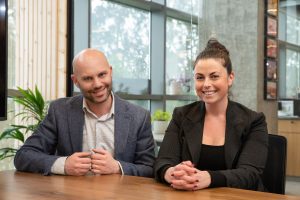 Phytolon’s technology has already reached a semi-industrial production scale and the company has prepared the ground for regulatory clearances in the USA and Europe.

The investments of DSM Venturing, Cibus Fund, and Ginkgo Bioworks open the door for broad penetration of our products in the global food industry.  We are excited to have new investors who share our vision to create healthy, efficient, and sustainable food systems via biotechnology.

Phytolon’s Board of Directors is chaired by Steve Dubin, who played a pivotal role in directing Phytolon through this financing round.  Mr. Dubin has worked with several biotechnology/nutrition companies including as CEO of Martek Biosciences (acquired by DSM in 2011), as Chairman of Enzymotec, and as Senior Advisor to DSM (until 2012). Commenting on the transaction, Mr. Dubin added:

I believe this investment round and DSM’s participation in Phytolon will accelerate the commercialization of Phytolon’s proprietary palette of sustainable food colors that will provide important benefits to both food producers and consumers.

This website uses cookies to improve your experience while you navigate through the website. Out of these, the cookies that are categorized as necessary are stored on your browser as they are essential for the working of basic functionalities of the website. We also use third-party cookies that help us analyze and understand how you use this website. These cookies will be stored in your browser only with your consent. You also have the option to opt-out of these cookies. But opting out of some of these cookies may affect your browsing experience.
Necessary Always Enabled

Any cookies that may not be particularly necessary for the website to function and is used specifically to collect user personal data via analytics, ads, other embedded contents are termed as non-necessary cookies. It is mandatory to procure user consent prior to running these cookies on your website.